Everyone’s a winner with the Tax Shelter. 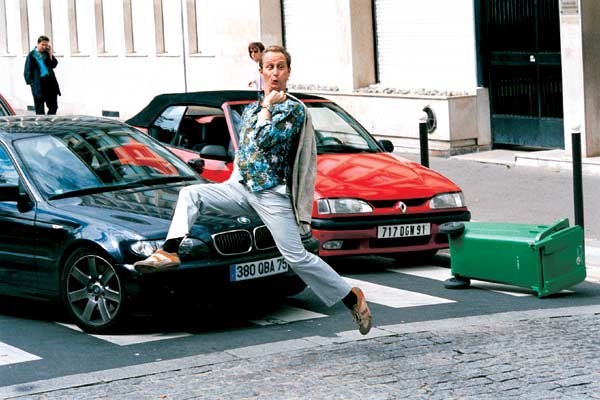 Since 2003, the Tax Shelter mechanism has enjoyed uninterrupted success, with thousands of Belgian firms using it for operations worth around 200 million euros per year. The funds gathered from Belgian companies are used to finance Belgian or European films which incur production expenditure in Belgium.

The Tax Shelter’s positive economic impact is as clear for investors as it is for the Belgian audiovisual sector, which since the law’s entry into force, has seen two-figure growth in employment and a 250% increase in the number of Belgian (co)productions.

For the government, the system’s financial efficency is tried and tested. According to a study by the Catholic University of Leuven (UCL) conducted in collaboration with SCOPE Invest, the tax breaks granted to Belgian companies are more than offset by the tax revenue generated by the production expenditure attracted to Belgium.

The investor, the audiovisual sector and the government… Everyone’s a winner with the Tax Shelter!

Positive spin-offs for the Belgian economy

The audiovisual Tax Shelter has proven to be a big hit among investors, which is hardly surprising given the overall yield of approximately 10% net which it generates for companies which have correctly understood its benefits. Each year, a grand total of approximately half a billion euros benefits from tax exemption via this mechanism. But it’s much more than just a tax "gift" offered by the state to businesses!

The Tax Shelter also offers very attractive fiscal benefits for the public purse, which are superior to the tax "gift" granted. This positive impact is made possible by the “minimum Belgian expenditure”, which enables the government to make a profit of between 10 and 30 cents per euro invested in tax revenue (IPP & ISOC), social security contributions and VAT returns.

So the Tax Shelter clearly benefits the investing company, the audio-visual sector and the Belgian State. As a result, the system has established a sustainable place among the government’s effective fiscal measures.

SCOPE Invest installs cookies on its websites to ensure their proper working, improve your surfing experience, analyze use and adapt their contents according to your areas of interest. Click on “ I understand” to accept cookies and access the site or click on “Learn More” to set your cookie preferences. Please note that blocking certain cookies could hamper the proper working of the site.

Analysis of anonymous use of the site

These are indispensable to the working of the site and are automatically active (ex: Login information). They allow to establish anonymous statistics on the use of the sites. You cannot disable these cookies.

Analysis of non-anonymous use of the site

Thanks to these cookies we are able to collect and analyze personalized surfing data. No information whatsoever is shared with third parties.

Thanks to these cookies, we optimize your surfing by displaying information relevant to your interests on this site.

These cookies are used to display relevant advertising of our products on our partner sites or on social media networks.